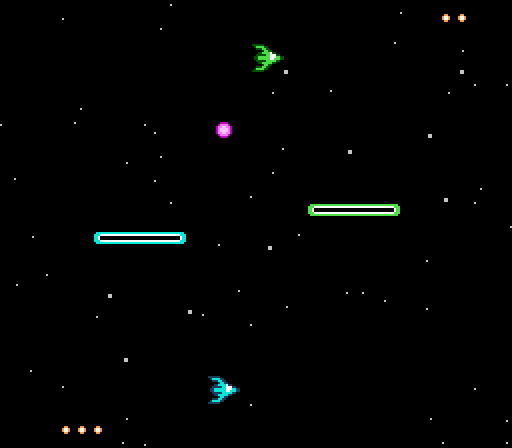 LightShields is a space-themed 2-player shooter for the Nintendo Entertainment System, submitted to the 2017 NesDev Coding Competition. Each player controls one spaceship and one light shield. Use your shield to deflect your opponent’s bullets back at them, but don’t let your own shield get in the way of your shot!

Special thanks to Pitfall for the title music, and Stephen Hutchins for help with the art and animation!

Play Toss Up in-browser on itch.io

Toss Up is a twist on the popular deck-building rogue-like genre. This is a coin-flipping rogue-like! Use your spare change to fight enemies. Pennies do 1 damage, nickels do 5, dimes do 10, and quarters do 25. But they only do damage if they land on heads! Can you get to the end?

Submitted to the 2020 7DRL Challenge. 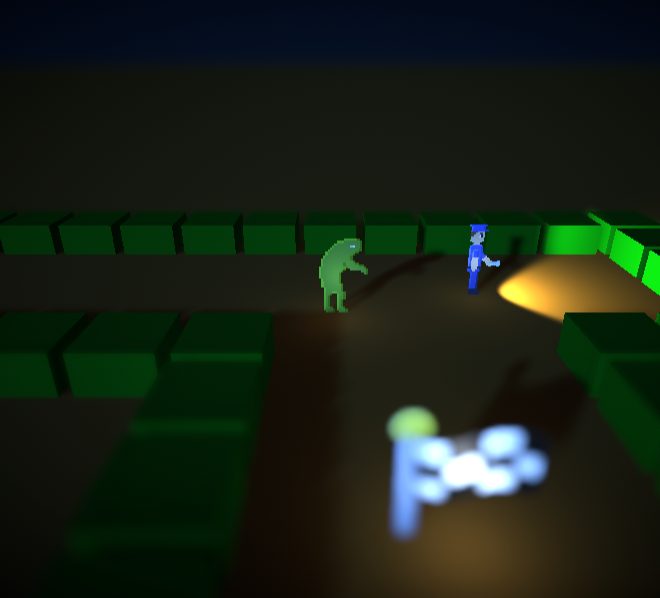 On March 3rd 1972, at 1:00 AM, a Loveland Ohio police officer was driving near the Little Miami River when an unidentified animal scurried across the road in front of his vehicle. The animal was fully illuminated in his vehicle’s headlights, and he described it as 3 to 4 feet long and about 50 to 75 pounds, with leathery skin. He reported spotting the animal “crouched like a frog”… Now you must play as the Loveland Frog itself, going through 4 levels to make your way to safety, and avoiding the police along the way.

Submitted to the Cryptid Jam 2019.